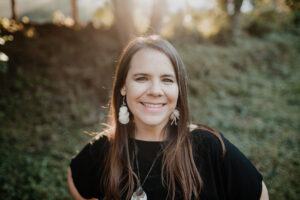 I have always been in love with missions, even as a little girl. I loved when missionaries would come to our church and share their stories of what they were doing on the mission field. As a young girl and teen, I wrote a fair share of letters(snail mail) to missionaries that my church supports all over the world.

I received the call into missions when I was a teenager. Although I doubted very much in my heart that I would follow through on it, on account of being afraid of almost everything. I was very passionate about supporting our missionaries in Speed-the-Light. I had the thought that if I didn’t think I would go, that I could do my part to give the missionaries what they needed through faithful giving.

My first opportunity to go on a mission trip was in 2005 in my third year of Master’s Commission. It was the first time I would see the ministry of King’s Castle, where I am currently working. It was an amazing experience. Missions all of a sudden had a new dimension. Where before I heard stories and saw pictures from missionaries, this time the stories and pictures were my own. I had my own firsthand experience in missions and I fell in love with it.

Two years later, I had the opportunity to come to El Salvador as an intern for two summers and that’s what started God’s reconfirming of my call to missions. I remember an evening after a farewell service to a team talking to one of the missionaries about the process of coming and what needed to be done to get started.

After those two summers, I started the process of becoming a Missionary Associate and then raising the funds. Then finally, arriving on the field of my calling. Is it easy? Not always. It is fulfilling? Beyond words. There is no place like being exactly where God wants you in His will.