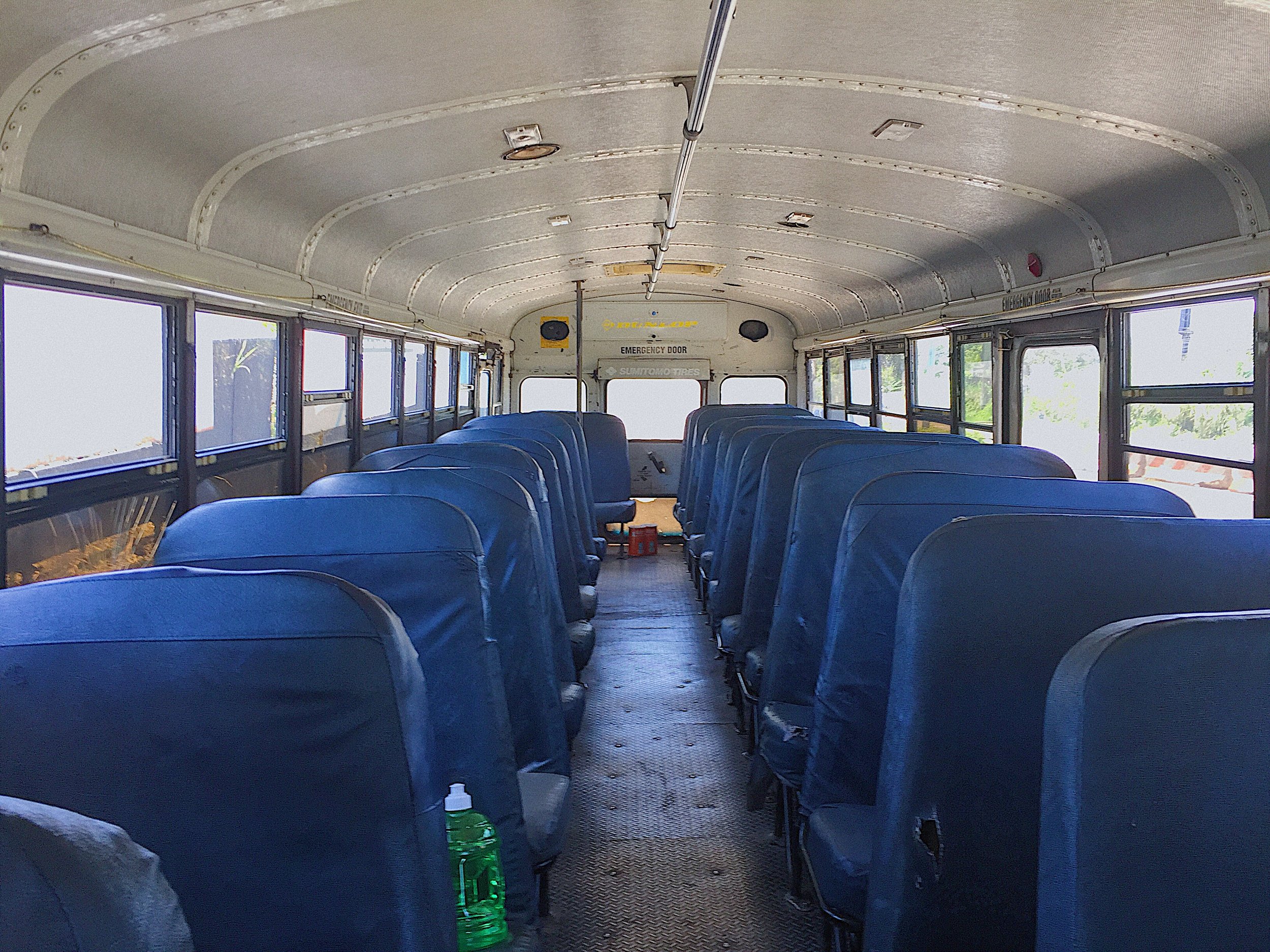 When I have worked with teams that come down to minister in our county, I have taken a picture of the empty bus after the team leaves and have posted it with the something along the lines of, “the saddest thing in the world is the empty bus when the teams leaves.” I have now changed my mind about that.

Riding on a school bus is something that is done a lot here in our ministry. Mostly by our students, but I would guess that even most of our missionaries have logged some hours on a bus at some point in their time here. But out of all the times that we have to ride a bus, the most fun would be when we get to work with teams that come down on missions trips.  A large percentage of time spent with teams is riding to and from our place of ministry to the camp.

There are only two times that the bus is empty besides the staff: on the way to pick up the team their first day and after dropping them off their last day. Both are quiet moments where you have time to reflect. The emotions felt in both times are quite different.

On the ride to pick them up, you’re feeling anxious and excited, plus the exhaustion isn’t there yet because the work hasn’t started. There is a lot of unknown involved because you don’t know how everything is going to go with this group of strangers with which you will spend all day, every day. You’re praying about the week and what God will do in your heart and the hearts of the people who are coming. You can’t call individual names out because they are not yet known, but your mind is already believing that this week will be life-changing for the team…and for you. Praying for moments that not only impact those ministered to, but also those who are ministering.

The other time, when you take them to the airport at the end of the week, it is a totally different feeling. The entire group is now somewhat family. You have gone through a lot during the week and experienced many things together. So you are thinking about saying goodbye to these people who have now spoken into your life and how much you’re going to miss them. You’re smiling at the memories you’ve made and how these two cultures blended so perfectly and worked together. You are now praying specific prayers over specific people because they’ve touched your heart. Testimonies have been shared and tears shed. You savor the moments God broke them and when missions became real to them. For some, their callings were confirmed and God gave them direction. Your mind is full of memories and moments not soon forgotten and where lasting friendships were established.

The last time I worked with a team, the ride back after we dropped them off at the airport was very insightful for me. I thought about our empty bus. I was praying and God really opened my eyes to how the empty bus looked to Him. He doesn’t see the empty bus as a sad thing. He knew the impact that the group would have on each other and how we each would play a part of our development as people and as christians. The specific people and personalities that came together were not a surprise to Him. He knew that the people that we dropped off at the airport to go home were not the same people that we picked up at the beginning of the week and that we as a national staff were also marked as a result of our time with this team. He sees the empty bus as a vessel that has been emptied to send passionate, excited people back home full of fire to change their worlds, wherever that world may be, whether it be school, work, home, etc.

So the next time I drop a team off at the airport, I’ll be sad, but I’ll smile also, knowing that we’re sending home a group of world changers and then I’ll sit back and see what happens. God won’t disappoint.